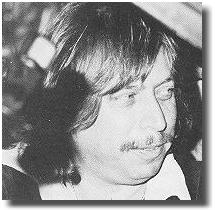 Just think of nearly every piano lick you’ve ever heard on hit records from the 60’s, 70’s and beyond, and you’ll begin to get a feeling for the amazing composing and arranging talents of Don Randi. As a fundamental member of the ‘Wrecking Crew’ he has played on countless number one singles and albums.

We caught Don Randi at the Baked Potato in North Hollywood. “The Baked Potato” jazz and blues club in Hollywood (where they serve an amazing variety of 21 different kinds of stuffed potatoes) is a “musician’s club” where they go to relax and unwind by either 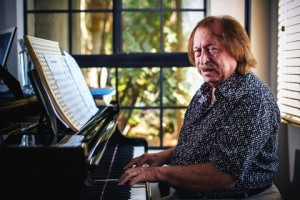 listening to or playing with their musical peers.

The owner Don Randi is a much sought after pianist, arranger and composer. Like so many other “studio cats”, he loves the opportunity to play his own music for the public and for his fellow musicians – they are a tough but appreciative jury! Over two decades ago Don opened “The Baked Potato” where he and his group “Quest” hold forth.

It has an exuberant atmosphere, playing for themselves and their friends. An evening with Don Randi and Quest is truly an emotional experience. From the first note, one is captivated by touching melodies and escorted into the world of abstract variations of theme that is totally unique.