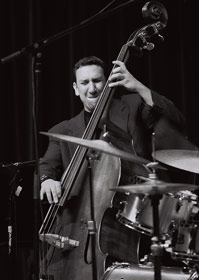 Kevin Axt was born in Burbank and has been a freelance musician in LA since 1982. He began studying classical guitar at the age of 13, later adding tuba, electric bass and finally string bass to his instrumental arsenal by his late teens. He attended USC on an orchestral scholarship studying string bass with LA Phil co-principal bassist, Dennis Trembley.

Kevin has performed on over 150 albums and has performed bass in dozens of theater, film and television productions. Kevin has played on projects that have garnered a total of 12 Grammy nominations.