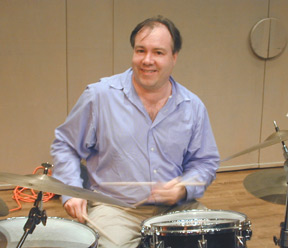 Dick Weller is one of the most electrifying drummers in the California area today. His virtuosity has gained him recognition from some of the top jazz musicians in the United States and has earned him the reputation of being one of the most versatile, hard-driving, solid groove players around.

After earning a degree in Music from New York University, Dick began playing in various jazz clubs in and around Manhattan. His extraordinary ability soon caught the attention of many notable musicians and performances followed with Mike Stern, Bobby Lyle, Mike Manieri, Scott Henderson, amid many others.

He appeared in concert with the great Diane Schuur and has been performing recently with Bobby Shew, Bob Florence and Jack Sheldon. 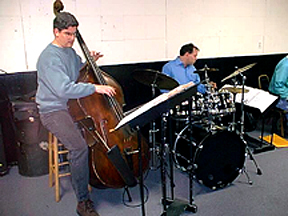 In the studio, Dick has performed with many musicians, including Alan Pasqua, Bob Sheppard, John Beasely, Alfonso Johnson, Jeff Beal, and Steve Tavaglione.

He also appeared on an instructional tape with singer Judy Niemack that featured pianist Fred Hersch and bassist Scott Colley, and has appeared on the Jazz Network with the Weller Bros.

Dick also received two invitations by Yamaha to perform in their “Drums for Lunch” series, which features concerts and lectures by some of New York’s most prestigious drummers.

While in New York, he appeared with musicians such as Charles Blenzig, Andy Laverne, Jeff Andrews, Rachel Z, Chuck Loeb and Walt Weiskopf. Dick was an affiliate faculty member at the State 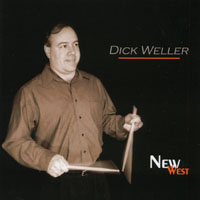