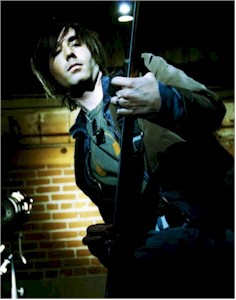 Derek Frank has been playing bass for over 18 years. He started his professional career in Cleveland, Ohio, where (while attending high school) he honed his chops playing in local jazz clubs and playing for theatrical productions. He studied music at the Interlochen Arts Academy in Interlochen, Michigan, and at the University of Miami.

In May, 1997 (after a brief stint in Boston), Derek packed his bags (and basses) and moved to Los Angeles. Since his arrival, he has carved out quite a niche for himself, proving to be an in-demand musician both on stage and in the studio.

He has performed and/or recorded with an impressive list of artists, including: Brian Auger, Jonatha Brooke, Siedah Garrett, Christina Aguilera, Alejandra Guzman, and Lari White.

As a studio musician, Derek has worked with such producers as Todd Rundgren, Neil Avron, and Greg Poree, and has played bass on tracks alongside such legendary musicians as Vinnie Colaiuta and Joe Sample. He has also recorded music for the television shows “Ally McBeal”, “Malcolm and Eddie”, “State of Grace”, and “Malcolm in the Middle”. During 2002 and 2003, Derek spent much of his time touring Europe and the USA as a 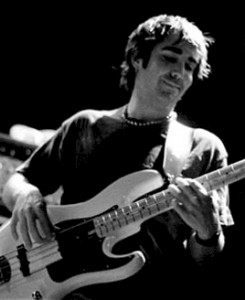 member of legendary keyboardist and acid-jazz pioneer Brian Auger’s band, “The Oblivion Express”. This particular group has given Derek the opportunity to showcase his groove and soloing chops in the styles of Funk, R&B, Jazz, and Fusion. Derek can be seen and heard on Brian’s recently released live performance DVD, “Live at the Baked Potato”.

Currently, Derek is playing bass with Hollywood Records recording artists “Aly &AJ”, with whom he has been touring extensively. He also keeps himself busy around Los Angeles with various performances and recording sessions as a freelance musician.