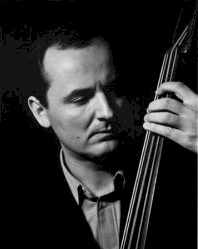 Darek Oles was born in Wroclaw, Poland, in 1963. He began his jazz career touring and recording with Jan Wroblewski, Tomasz Szukalski and Zbigniew Namyslowski. In 1988, he received a scholarship from CalArts, and after graduation in 1992 became a faculty member. He currently teaches jazz bass and ensembles.

Oles has become one of the most sought after bass players in Los Angeles. He has recorded approximately 40 albums and has 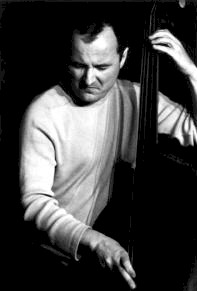 performed at major festivals and concert venues in Europe and America with the LA Jazz Quartet, Brad Mehldau, Charles Lloyd, Billy Higgins, Joe Lovano, Billy Childs and many others.

Darek “Oles” Oleszkiewicz was born on February 20, 1963 in Wroclaw, Poland. At the age of five Darek began his music education at the State Music School in Wroclaw. Piano was his first instrument, but later he played guitar, electric bass and finally at eighteen years old, he switched to accoustic bass. While in his teens he played with amateur groups, evolving in popular music styles from rock, blues, jazz-rock to straight ahead jazz. In the early 1980’s, Darek participated in various jazz festivals and national competitions for young musicians.

In 1983, he was the most awarded musician at the Jazz Juniors in Cracow, winning the first individual prize, first prize for jazz composition and a second prize in jazz combo category. Later that year Darek was invited by Jan Ptaszyn Wroblewski, a jazz legend in Poland, to join saxophonist’s quartet on tour. In the following five years Darek Oleszkiewicz was working steadily with some of the best jazz bands in the country such as: Zbigniew Namyslowski Quartet, Tomasz Szukalski Quartet, Henryk Majewski Quintet, Wojciech Karolak Trio and Andrzej Jagodzinski Trio and Jan Ptaszyn Wroblewski Quartet. With those groups he recorded for Polish Jazz, Polskie Nagrania, East Wind and also for the radio and television in Poland and abroad. Darek was touring extensively in Poland, France, Germany, Czech Republic, Cuba, Mexico and performed at major festivals, concerts and jazz club venues.

In 1988, Darek arrived in Los Angeles with a simple plan in mind: to broaden his musical horizon.  One year later he received a full scholarship from California Institute Of The Arts and began studies with the legendary bassist Charlie Haden. After graduation in 1992, he accepted a teaching position at the Institute, where he has been conducting jazz ensembles and teaching bass ever since. Since 2002 Darek has been a jazz faculty member at the University Of California in Irvine. Aside from his teaching duties, for the past 15 years Darek has been very active as a performer and became one of the most sought after bass players on the West Coast.

With these and many others artists Darek has recorded approximately 80 compact discs and performed hundreds of concerts throughout America, Europe and Asia. Several of those recordings were nominated for Grammy Awards. In 2003, Darek was also nominated to Fryderyk’s Awards in Poland in the category “Jazz Musician Of The Year”.