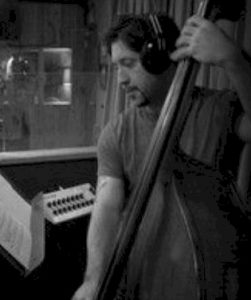 Chris’ musical studies in California led him to Oberlin Conservatory, where he is now in his second year studying jazz bass with Peter Dominguez. While at Oberlin, Chris has worked and studied with the legendary Eddie Gomez, Billy Hart, Dan Wall, and Jamey Haddad. 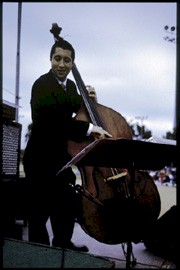 Chris’ career as a student in Oberlin has also given him the opportunity to perform in such great New York venues as The Lenox Lounge, Sweet Rhythm and Minton’s Playhouse.

Chris is also an active performer within Cleveland’s music scene where he frequently performs in such places as The Bop Stop and Nighttown. In winter of 2006, Chris was on a record released by now Oberlin Alum, Theodore Croker. Mr. Mees has also recorded and performed with renowned composer and bassist, Bill Lee.

Chris plans to broaden his musical palette with studies in classical, Brazilian and other idioms of world music. His hopes are to fuse the styles of jazz and world music.