When you think of a cool, velvety saxophone that can sooth as well as scream, then look no further than Chris Klich. T 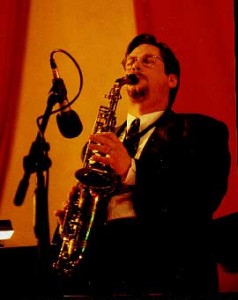 his show features Chris Klich and his Quintet at Dizzy’s in the Gaslamp in San Diego with Dan Aakhus on keyboards, Alan Worthington on guitar, Brian Wright on bass, Pete Woods on drums, and special guest vocalist Laura Preble. 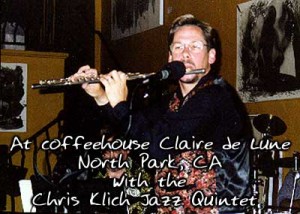 Chris Klich, a native of San Diego, has been performing professionally for the last 30 + years, playing engagements in San Diego, Orange County, and Los Angeles, and has toured in Texas, Hawaii, Illinois, Missouri, Arizona, New York, Ohio, Tennessee, New Mexico, Louisiana, Colorado, Nevada, and Utah. In addition to his many stateside performances, he has also done a great deal of touring in countries as diverse as China, Macau, Canada, Norway and Sweden.

Holding Bachelor of Music (UCSD 1983) and Masters in Jazz Studies (SDSU 2005) degrees, he has worked with dance band favorites The Fabulous Mar Dels and the Heroes, swing band Tobacco Road (featuring Sue Palmer), blues artist Candye Kane, variety bands The Rhythm Method, Harvey and 52nd St. Jive, and The Rhythmakers, and funk group Wise Monkey Orchestra, as well as many of the other popular groups in San Diego. 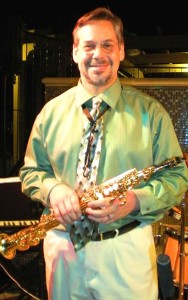 He can currently be seen with his own Chris Klich Jazz Quintet, one of the best mainstream jazz groups in the city. The Quintet plays San Diego’s jazz clubs and concert venues, as well as many weddings, corporate events, and private parties.

In addition, Chris performs often at club events, church services, and concerts with other musicians, does a good deal of studio recording, and plays everything from jazz to blues to swing to top-40. The Quintet plays many weddings, corporate events, and public shows every year.