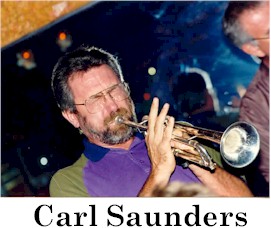 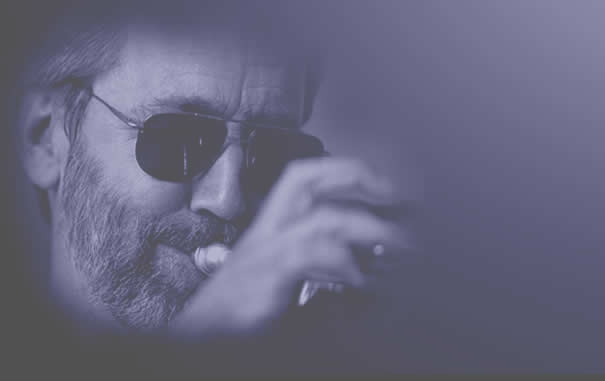 Jazz listeners living in the Los Angeles area and musicians worldwide have long known that Carl Saunders is one of the great trumpet players around today. Now with the release of three remarkable recordings (Out Of The Blue, Eclecticism and Bebop Big Band), Saunders’ musical talents can be heard and enjoyed by a much wider audience.

Carl Saunders was born on Aug. 2, 1942 in Indianapolis, Indiana and his first five years were mostly spent on the road. His uncle, trumpeter-bandleader Bobby Sherwood, was riding high with the popular Sherwood Orchestra, having hits with “Elks Parade” and “Sherwood’s Forest.” Saunders’ mother Gail (Bobby’s sister) sang for the Sherwood Orchestra and Stan Kenton, among others.

When Carl was five, he and his mother settled in Los Angeles; living with Carl’s aunt Caroline and her husband, tenor-saxophonist Dave Pell. At the time, Saunders heard the records of the Dave Pell Octet and was influenced by the style and phrasing of trumpeter Don Fagerquist. Saunders began playing trumpet in the seventh grade and he quickly found that he had a natural ability, mostly learning to play by ear and never having any lessons.

He played in school bands, and after he graduating high school, his mother helped get him a job with Stan Kenton’s Orchestra. Saunders auditioned for Kenton’s band and was given a choice: wait for the first opening in the trumpet section or join the band the following week as a member of the mellophonium section. He chose the latter and spent much of 1961-62 on the road with Stan Kenton.

After spending part of 1962-63 traveling with Bobby Sherwood’s group (playing drums), Carl Saunders settled back in Las Vegas where during the next 20 years he played with a countless number of show bands, including lead with Ella Fitzgerald, Tony Bennet, and Frank Sinatra. Saunders also traveled as a lead player with Paul Anka and Robert Goulet and with such bandleaders as Si Zentner, Harry James, Maynard Ferguson, Benny Goodman and Charlie Barnet.

In 1984, Carl Saunders moved to Los Angeles where he was soon playing lead trumpet with Bill Holman’s Orchestra, a position he still holds. Saunders has also worked with Supersax, the big bands of Bob Florence and Gerald Wilson, and the Phil Norman Tentet.

In 1994, he became a member of the Dave Pell Octet (in Don Fagerquist’s old chair.) In addition, he is often heard at the head of his own groups including the Carl Saunders Big Band, his sextet and a quartet. Each of Saunders’ three CDs is a gem while being quite different from each other. Out Of The Blue has the trumpeter showcased in quartet and sextet settings. His warm tone and long melodic lines are featured on such numbers as a miraculous version of Chopin’s “Minute Waltz.”

Eclecticism has Saunders joined by 25 strings and three French horns, and he overdubs sections with five trumpets. Many of his favorite arrangers (including Bill Holman, Bob Florence and Clare Fischer) contribute charts. The most recent set, Bebop Big Band (which is out on the Sea Breeze label), is most notable for the high musicianship of the band, the colorful originals, the hard swinging, and the arrangements of the late Herbie Phillips. Carl Saunders, who enjoys working with kids and conducting clinics, plans to continue playing the straight ahead jazz that he loves most.