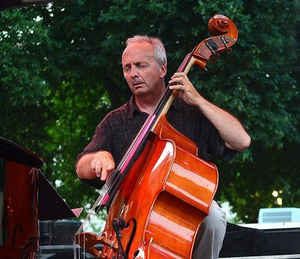 In 1989 he performed with Bill Holman as part of the Monterey Jazz Festival and with Terry Gibbs at the Playboy Jazz Festival the same year. He played the Cancun Jazz Festival with Tony Guerrero and Bette Midler’s premiere of For the Boys in 1991.

Bruce has been involved in commercials, television soundtracks and industrial films. He is an active studio musician recording for television series such as Moonlighting and Beverly Hills 90210. He has recorded theme and bumper music for Fox, After Breakfast, source music for the movie Dear God and for the TV mini series Titanic. Commercial credits include Ivory Soap, Quasar, Coca Cola, Sports Illustrated, Jack in the Box, Pepsi, Aloha Airlines, and more.