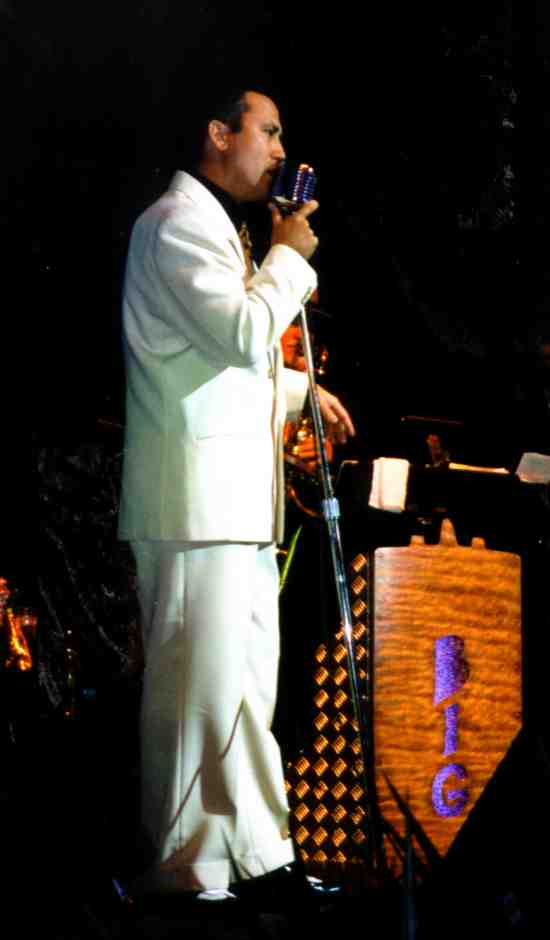 Warren Lovell fronts Big Time Operator. “We would play four to five nights a week,” he says of the years 1997 – 1999, when the band played Croce’s, the Cannibal Bar, and Tio Leo’s. “A lot of the swing dancers who would show up would only drink water. [Live swing] wasn’t profitable for the bars. The dancers killed it.”

Though Lovell became a police officer in 2000, he and BTO have been doing private corporate gigs since the dropoff in swing’s popularity.

“You pretty much have to have a side job [as a member of the SDPD] to make ends meet. The city doesn’t pay its cops well…. Most cops I know don’t live in San Diego because they can’t afford it. They have to commute from Temecula or Alpine.”

Lovell and his wife have three children. His 18-month-old son was killed in a May 2004 auto accident.

“I took a month off from [SDPD] work. I needed to get grounded. Two days after he died, I had a gig. The event company said, ‘You don’t have to do this show.’ But I put on a different face and did the show. That’s part of being a professional. The police department taught me a lot about that.”

Asked if he thinks there will be another swing revival, he replies “I think the only thing that would do that would be a movie that would incorporate a big band. Royal Crown Revue started the whole thing. The movie Mask broke them…. We want to give people an alternative to the crap that is being put out today.” By “crap,” Lovell means “…anything that doesn’t take a lot of talent to play. It’s a matter of education. You don’t see a lot of educated people listening to hip-hop.”