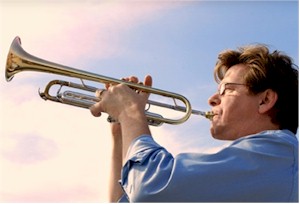 Wayne Bergeron is enjoying a career as one of the most active players on the Los Angeles scene. With studio dates, International touring, jazz concerts, guest soloist appearances and clinics he has no intention of slowing down.

In 1986 Wayne landed the lead trumpet position with the Maynard Ferguson Band. He can be heard on such MF recordings as “Body & Soul”, Big Bop Nouveau” & “Brass Attitude.” Remarking on the talented trumpet player, Maynard Ferguson had this to say during a radio interview: “Wayne is the most musical lead trumpet player I’ve ever had on my band.” Bergeron’s first solo Big Band CD entitled “You Call This A Living?” earned him a Grammy nomination in 2004 for Best Large Jazz Ensemble as well as rave reviews from fans and press world wide.

Wayne is a National Artist for the Yamaha Corporation of America who is in the final stages of releasing the WB signature model custom trumpet. Wayne enjoys his work as a clinician/guest soloist and continues to tour in the US as well as abroad. In Oct. of 2004 Wayne had the honor of performing as a featured artist at Stratospheric, a 4 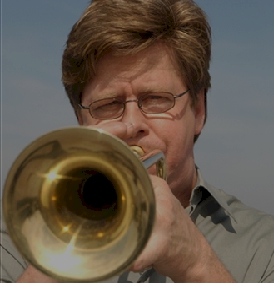 His trumpet solos can be heard on High Crimes, Rounders, Fled, Hey Arnold (the movie), The Mask, Drowning Mona, The Rat Pack, Child Star, Norma Jean and Marilyn, Aladdin King of Thieves, Return of Jafar, Foolproof and Two Days in the Valley.