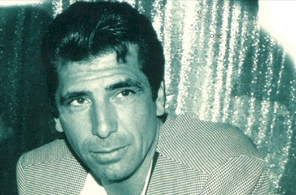 Patrick (S.A.G.) has acted in supporting roles for two episodes of The Fresh Prince of Bel Air, Blood Money with James Brolin, Billy Drago, Pistol Blues with Nick Cassevettes and the upcoming Sleepless.

Tuzzolino was a featured act at the 1997 Playboy Jazz Festival with the legendary Sam Most and Carl Saunders. He is currently performing in the Los Angeles area with this band.

Patricks has also been a regular performer at many top nightclubs in Los Angeles, New York, Toronto and Las Vegas. Patrick Tuzzolino is an accomplished musician who is equally at home behind a keyboard or a guitar, or a vocal mic. Performing all over the place with his setup of piano for his right hand, bass synthesizer for his left hand and a microphone for his crooning smooth voice, he plays often with Sam Most on woodwinds and Frank Capp on drums.

Patrick’s standout vocals can be heard on numerous national commercials and soundtracks, and he is a strong crowd favorite as he really loves to perform for his devoted audience.