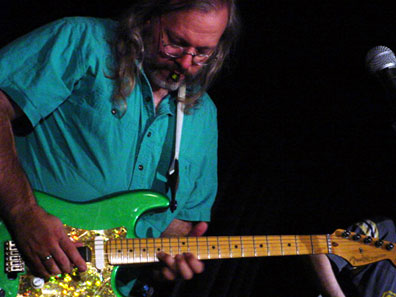 His 1999 instrumental solo album, Nonkertompf, prompted these comments by David Fricke in Rolling Stone magazine: “I saw guitarist Mike Keneally play with Frank Zappa in the 1980s, nimbly negotiating the maestro’s knotty charts, and I’ve watched Keneally cook hard with his twisted-fusion outfit, Beer For Dolphins. But none of it prepared me for the color and density of Nonkertompf, a whirl of thirty-five instrumental

miniatures, played by Keneally in their entirety and advertising not only his spicy fluency on the guitar but a flair for hot melodic sabotage rooted, yet not imprisoned, in Zappology.

The music flies mad and fast, but what the hell? You have a whole century to digest it.” 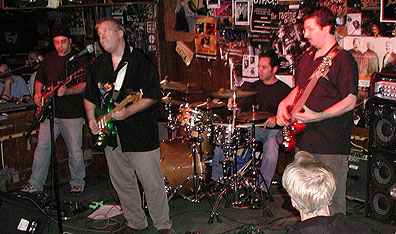