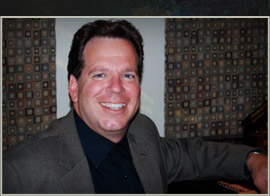 Matt Harris graduated with a BM from the University of Miami and a MM from the Eastman School of Music. He moved to Los Angeles after touring, writing, and recording with jazz legends, Maynard Ferguson and Buddy Rich. Matt is co-director of Jazz Studies at California State University Northridge, and is a current faculty member at Yellowstone and Idyllwild Arts summer jazz camps. He is currently the VP for California Alliance for Jazz (CAJ) and is a National Panelist for Young Arts based in Miami.

Matt is an active clinician, conductor and composer for high schools, colleges, and professional bands around the world. He has conducted the Nevada, Oklahoma, Arizona, South Dakota, and Texas all state bands. He has been commissioned to write music from bands spanning the globe, including; Denmark, Germany, The Netherlands, New Zealand, Japan, China, Turkey, as well as 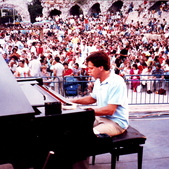 numberous high schools and Universities in the United States. Matt has been a guest clinician for over 30 years with topics ranging from improvisation, rhythm section, piano, arranging, composition, business of music, and creative aspects of playing jazz.

Matt has 6 CD’s of original music including two trio CD’s, Snap Crackle, and Bellavino Blues. Matt’s second big band CD, recorded by the HR German radio band in 2008,is available exclusively on this web site (digital download only). Matt has also written for the Hollywood Bowl Orchestra, Metrapole Orchestra (Netherlands), Airmen of Note, Air Force Falcolnaires, Kluvers Big Band (Denmark), as well as high school and college bands throughout the country. He has arranged, orchestrated, and/or performed on numerous jingles, recordings, and live performances including Taco Bell, Home Depot, Jack in the Box, Ford, Schwab, Mariott, and many more.

Matt teamed up with long time friend and Maynard Ferguson alumnus, Tim Ries, (current saxophone for the Rolling Stones) arranging 12 “Stones” tunes for big band. The music was premiered in Denmark by the Kluvers big band and the Metropole big band from the Netherlands.

Matt is the father to Emily and Madelyn and husband to Kim. He enjoys walking his dog,Curly, and loves to watch ice hockey!