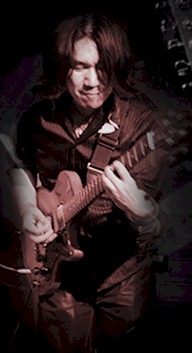 Masa began playing the guitar as an 11 -year-old. After graduating from Aoyama Gakuin University Anglo-American Faculty of Letters, he moved his base of operations in 1991 to Los Angeles.

He graduated from the Musicians Institute, and then spent nine years as a house – guitarist at one of LA ‘s largest black churches in the “City of Refuge” playing gospel music.

He worked for a dozen years as a close friend of Xavier (xavier, in 1995 from East West Japan X Factor release) and is currently composer in a number of projects, recording sessions, and as a producer.