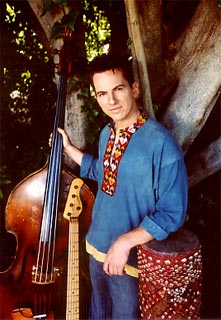 “A giant of the not-too-distant future” declared the Los Angeles Times of bassist/composer/producer Larry Steen. He won the International Society of Bassists’ Jazz Competition after completing a Bachelor of Music degree (Magna Cum Laude) in Studio Music and Jazz from the University of Miami in Florida and attending the world renowned Berklee College of Music in Boston. Since then, he has received a Master of Fine Arts degree in Jazz and African-American Music Performance from the California Institute of the Arts (CALARTS) and has performed live and in the studio with artists that include Ella Fitzgerald, Mel Torme, Dave Weckl, Eric Marienthal, Bob Sheppard, Mose Allison, Billy Eckstine, Bennie Maupin, Billy Childs, Rosemary Clooney, Louis Bellson, Jimmy Buffet and others. 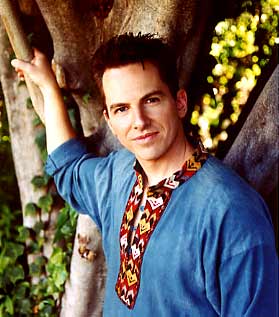 In addition, Steen won an Honorable Mention in the 2001 Jazz Composers Alliance’ Julius Hemphill Composition Awards and has performed at such prestigious music festivals as the Montreux, North Sea and Playboy Jazz Festivals, as well as the San Jose Jazz Fest. Aside from leading the ensemble, Steen has taught part-time at the Musician’s Institute (MI) in Hollywood, CA, privately and as a clinician. He also freelances in a variety of musical genres both live and in the studio for film, television, radio and CDs.