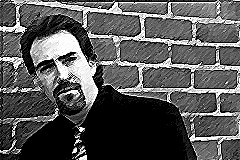 Jason Harnell toured the United States, Europe, Australia, and the Orient with Maynard Ferguson as a member of his Big Bop Nouveau band. Recorded CD with Maynard entitled “These Cats Can Swing” on Concord Jazz Records, released in 1994. (1992-1994)

Currently performing in and around Los Angeles with such artists as Ron Stout, David Goldblatt, Steve Cotter, Darek Oles, Kei Akagi, Jack Sheldon, Tamir Hendelman, and Steve Tavaglione as well as leading two groups of his own; one with Larry Koonse and Joe Bagg, the other with Matt Otto and Jamie Rosenn.

Hosted clinics and workshops all over the world with Maynard Ferguson. Instructed and arranged for high school drumline and percussion ensemble as well as for drum corps. Have been teaching privately since 1987. Currently seeing between ten and fifteen students a week.