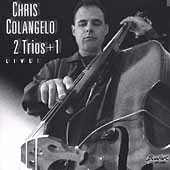 Bassist CHRIS COLANGELO is one of the genuine masters on his instrument. The first thing you notice about Chris’s playing — his tone, deeply resonant with astonishing articulation across the instrument’s sonic register.

Once you adjust to such reverberant force, you recognize that this is a musician with serious chops … that hard to define, never forgotten lyric quality that separates yeoman time-keepers from bassists with seductive narrative power. Born in Camden, New Jersey, Chris attended Rowan University, majoring in jazz 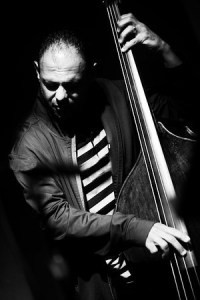 performance. Then a resident of the Philadelphia area, Chris was part of the local jazz scene, with session work throughout the Delaware Valley, including gigs in Atlantic City.

He is currently touring with famed vocalists Jack Jones and Mary Wilson. Chris has a style all his own, I call it “Macho Philly,” with an air of sophistication. We have had the privilege of working with Chris on a number of excellent shows which have included Jon Mayer and Andy Martin, Michael James Turre, and many others.