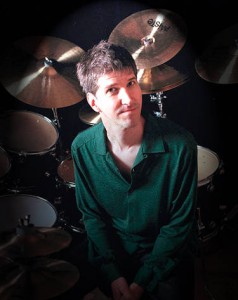 A phenomenally skilled jazz and rock drummer, Chad’s professional career began in 1978 with the Bill Watrous band. Since then he has amassed a remarkable body of work including a seven year association with Frank Zappa, with whom he toured the USA and Europe and recorded 26 albums including the London Symphony recordings.

Chad’s drumming combines the power and conviction of rock with the sensitivity and finesse of jazz. His playing is remarkably free of predictable patterns and licks, relying instead on invention and interplay with the musicians around him. His new band, ‘The Chad Wackerman Group’, features musicians: Leon Gaer (bass) Daryl Pratt (midi vibes) and James Muller (guitar).