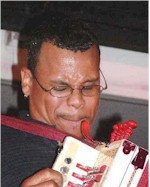 Brian Christopher Jack is from Dayton, Texas and was born on August 10, 1979 to Eugene and Geneva Jack. At the young age of 13, Brian picked up his first instrument, the guitar. Having family members who were great musicians, it was a challenge for Brian to follow in their footsteps.

Brian’s love and passion for Zydeco landed him a job in his uncle’s zydeco band, The Zydeco Two-Step. While Brian was a sophomore in high school, he decided that he did not want to limit himself to the guitar so he picked up an accordion. With his dedication and commitment to music, he taught himself to play the accordion. Three months later, he formed his own zydeco band, Brian Jack and the Zydeco Two-Step. 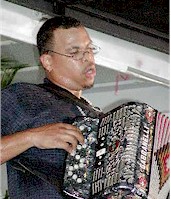 Brian Jack and the Zydeco Gamblers have played in Texas, Louisiana, Nevada, California, Washington and many other states.