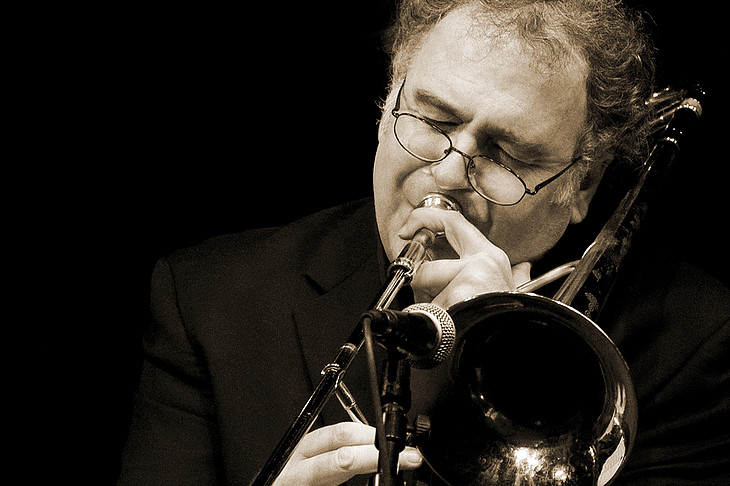 Conn-Selmer Artist Bob McChesney was born in Baltimore, Maryland, and began studying the trombone at the age of nine.

McChesney’s extensive music computer experience has earned him album credits as computer programmer and recording engineer on recordings such as Patti Austin’s “Carry On”, “Handel’s Messiah – A Soulful Celebration”, Vonda Shepard’s “The Radical Light” and the double platinum “The Songs of West Side Story” with Michael McDonald, James Ingram and Kenny Loggins, David Hasselhoff CDs and many others. He has also produced CDs for several artists.

In addition to his work as a performer and studio musician, McChesney has authored the trombone method on doodle tonguing entitled Doodle Studies and Etudes (Chesapeake Music). Critically acclaimed and endorsed by the great trombonists Carl Fontana, Bill Watrous and Joseph Alessi, McChesney’s book and recording is an in-depth analysis of the fast-legato multiple tongue technique. Respected as one of the foremost authorities on doodle tonguing, McChesney has contributed to the International Trombone Association Journal about his method.

McChesney was a featured soloist at the 2001 International Trombone Festival in Nashville, Tennessee, and presented his doodle tongue technique masterclass at the IAJE Conference in Toronto in 2002. In 2004 McChesney performed both the debut of “Concerto for Trombone and Orchestra” by Louis Forestieri and “The Carnival of Venice” with the Idaho Falls Symphony.

In 2005 McChesney’s group performed at the IAJE Conference in Long Beach, Ca.