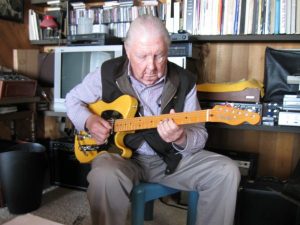 The esteemed film composer Henry Mancini regularly called upon Bain, and, through the years, they developed an enduring professional relationship. His pulsating riff on Mancini’s television score for Peter Gunn has become endlessly referenced by generations of guitarists. Bain became lead guitarist on The Tonight Show in 1972, and for the next 20 years, he accompanied a 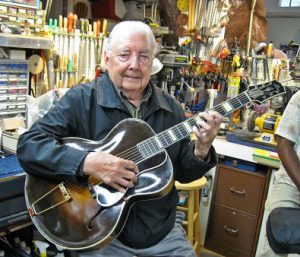 “who’s who” of pop-music culture. Here,