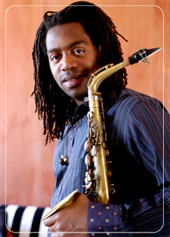 Born in Cuba, Yosvany Terry received his earliest musical training from his father, Eladio “Don Pancho” Terry, violinist and Cuba’s leading player of the Chekeré. His father was also known as the founder and director of the “Orquesta Maravillas de Florida,” one of Cuba’s most important charanga bands. Mr. Terry went on to receive his classical music training and graduated from both the prestigious National School of Art (ENA) and Amadeo Roldan Conservatory.

While in Cuba, Yosvany was known for his musical innovation performing with the likes of legends, such as Chucho Valdez, Silvio Rogriguez, Fito Paez, and Cubanismo, as well as forming the influential group, Columna B. Their work represented the new voice of young Cuban jazz players. “Columna B became this limitless work-shop, where everything could be tried and experimented with. We learned how to polish and develop our craft in a very special and intuitive sense“, comments Terry. Columna toured throughout the US and Europe, and in 1998 premiered their Inroads Commissioned-piece by Arts International (through the Ford Foundation) at Stanford Jazz Festival.

Yosvany came to New York in 1999 and was immediately recognized as a “spectacular talent” in the Jazz scene, playing with Roy Hargrove, Steve Coleman, Eddie Palmieri, Dave Douglass, Jeff “Tain” Watts, Horacio “El Negro” Hernandez, and bassist Avishai Cohen. “My move to New York represented an incredible time of growth as a musician, the move gave me access to so much information, and the opportunity to meet and work with talented musicians from all over the world.” 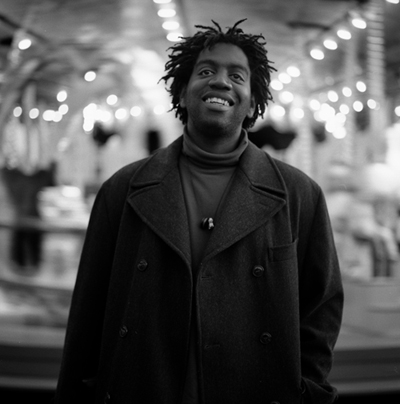 Always a student, Mr. Terry has absorbed and incorporated American jazz traditions with his own Afro-Cuban roots to produce compositions and solo work that flow from the rhythmic and hard driving avant-garde to sweet sounding lyricism. His voice and style are unique and complex, and with his new Quintet he has married Cuban and American musical traditions to create a new and exciting sound.

Mr. Terry’s latest production, Metamorphosis , represents the investigative work he’s being doing since arriving in New York. Yosvany adds, “The sound that I was trying to achieve in this recording is made up of all the musical influences that I’ve experienced since the beginning of my studies in Cuba, combined with my musical growth in New York during the past five years.”

The compositions on this record reflect portraits and experiences of life in Havana and New York, while at the same time recreate the stamp of many other cities Yosvany has passed through, touring as a musician. “Inevitably one learns from what one comes into contact with–a concert, book, film, landscape, painting, hanging out late at night, etc….It’s for this reason that the title couldn’t be more descriptive of all these sensations: Metamorphosis”, concludes Mr. Terry.