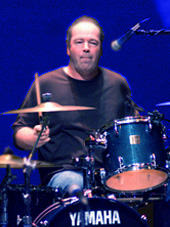 Born in Silsbee, Texas, Tom Fillman started playing music at the age of ten while living with his family in Germany.

As the son of a professional military man, he and his family traveled between Europe and the U.S. Tom began playing professionally during high school and, after graduation, he attended North Texas State University to study music before moving to Los Angeles in the early 80’s.

Since then he has toured, performed live or recorded with many artist the likes of which include Kris Kristoffereson, Juice Newton, Mick Taylor, Al Kooper, Delbert McClinton, Spencer Davis, Booker T. Jones and Don Was. Tom is has also worked with Austin guitarist/songwriter Stephen Bruton. (Credits include Bob Dylan, Bonnie Raitt, Kris Kristoffereson), and has shared the stage with Janiva Magness (2006-07 female vocalist of the year/Blues Music Awards) and Grammy and Nammy (Native American Music Awards) winner Star Nayea.