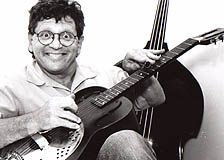 Robin Henkel is known in his hometown (San Diego, CA) as a blues artist specializing in slide guitar and the styles of the Mississippi delta. Because of this reputation, his CD “Highway,” although deep in American roots, is not what many of his fans expected. This music is a thoughtful blend of swing, funk, Latin, with jazz horn arrangement, slide and steel guitar. Although not a blues CD, Highway won Best Blues CD at the San Diego Music Awards 2000. 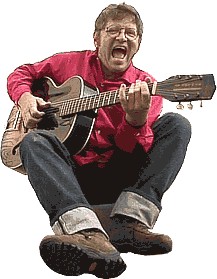 Cuts like “Steel Swing” and “Mahtochiquala 1” are reminiscent of a period in American music when the steel guitar (popular in Hawaiian and country music) met with the horn arrangement of the big bands. This was a rich (and almost forgotten) moment in our musical culture.

San Diego Union columnist Mike Kinsman wrote “as a guitar player Robin can play blues, jazz, funk, country swing, Hawaiian and Latin music. He borrows from each of those styles when he performs and sometimes even surprises himself.” 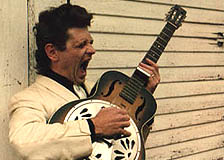 The Los Angeles Times said “Robin is a futurist and a historian.”

Robin performed blues with the San Diego Symphony as a special featured guest artist during the Summer Pops Concert Series 2002. 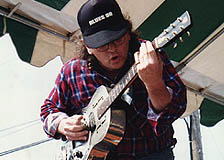 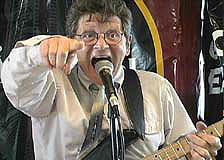 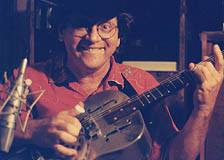