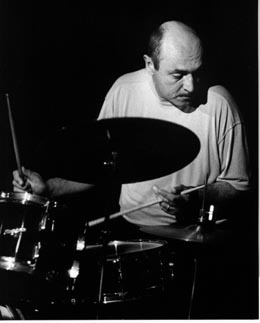 A mainstay on the jazz scene for many years in Los Angeles and internationally, melodic drummer Paul Kreibich performed for five years with pianist Gene Harris. Admired for his artful brushwork and impeccable time, Paul has played drums with Ray Charles, Carmen MacRea, Anita O’Day, Red Rodney, and Mose Allison.

Paul Kreibich was born May 24, 1955 in Los Angeles, moving to Costa Mesa, CA when he was an infant. From an early age he showed an interest in drumming. As a kid he made his own drum set out of a cardboard barrel and coffee cans. He then began playing in the school band at the age of nine. At 12 years old Paul started private lessons with Bob Wrate. He was drum major at Costa Mesa High School and already working five nights a week at a local club on Balboa Island by his junior year.Paul continued his studies at Berklee College of Music in Boston, Massachusetts. He returned home to attend Orange Coast College and study with renowned percussionist Forrest Clark. Paul then worked for 2 years with tenor saxophonist Vince Wallace’s Quintet (“…that was my real schooling!”) Following this, Paul worked a variety of musical jobs including a stint with the Continental Circus.

In 1979 at the age of 23 he got his first major jazz gig with the great singer Carmen McRae. They toured the United States and Japan including a concert at Carnegie Hall. 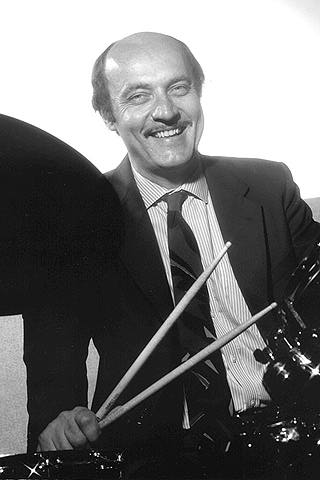 Impressed with Japan and their love of jazz, Paul accepted an offer to return to work in Japan for 6 months with American and Japanese musicians in Osaka and Kyoto.

Upon his return to Los Angeles he got back into the local music scene. At a friend’s coaxing, Paul went to a “cattle call” audition for the Ray Charles Band. He was the last drummer to play and was hired on the spot. Paul traveled with the band internationally for four years.

In 1995 Paul joined the Gene Harris Quartet where he toured and recorded with the group until Harris’ untimely passing in January 2000. He plays on Harris’ last Concord release “Alley Cats” along with Ernie Watts, Red Holloway and Jack McDuff.

Paul continues to record and perform locally as well as touring. He is now on the music faculty of Cal State Fullerton and teaches privately. He has also taught at USC and Valley College.

Paul’s first CD as leader and composer with pianist Karen Hammack is entitled ‘Lonesome Tree.'” His second CD as leader, “The Jazz Coop- Spiral Stairway,” is a quintet featuring tenor sax player Brian Mitchell. Both releases are available through North Country, at cdbaby.com, at cdstreet.com and at thejazzmart.com.

With respect to Paul, drum legend Stan Levey says, “This man is a truly outstanding drummer, one of the best I’ve heard. A lot of drummers have their own agenda, but Paul is always listening, listening…sensitive to the needs of the leader. I call it simpatico. His brush- work is very tasty – and that’s a rarity today. It’s a pleasure to listen to him.”

Pianist Hod O’Brien says, “I like Paul’s playing particularly for his crispness of attack and sound. He has a marvelous ability to compliment the soloist by filling the holes with crisp rhythms and well-executed licks… Paul swings powerfully with a loose and groovy feel. Supportive, amiable and personable all describe him…”