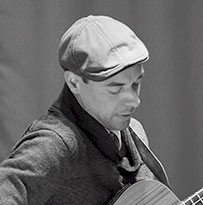 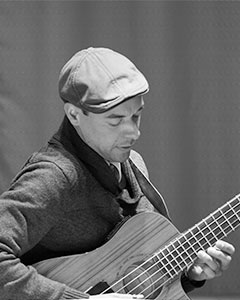 Native Californian Kevin Farrell moved to New York to work for a production studio in Manhattan composing short tunes for Sony’s music archive. Kevin began playing bass “because it was the biggest instrument! It also got me out of having to wake up at 7:00 in the morning for marching band.”

Kevin’s main goal as a teacher is ultimately to help students discover the joy of playing music. “I think my approach to teaching anyone is to show them how to do it themselves. It’s more about getting the music out of them. If I can prompt a student to make musical realizations based on their own explorations, discoveries will seem far more profound.” Kevin is open to teaching students of all ages from five through adult. 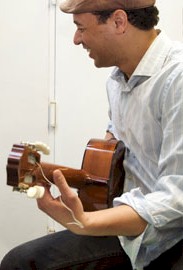 “I tend to make the best music with people who are dear to me,” says Kevin of his favorite type of performance. He is also a composer and feels “it’s important to find a balance between learning other people’s music and getting my own music played.” Kevin enjoys all styles and composers of music but more recently has been listening to Morton Feldman, Greg Osby, Gyorgy Ligeti, and Wayne Shorter. Among his non-musical influences, Kevin cites his family, friends, Michael Jordan, John Henry, his Williamsburg, Brooklyn neighborhood, and hats.