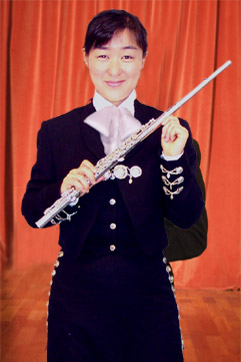 Her studies have included classical music at the Nihon University College of Art in Tokyo, where she received the very prestigious Music Department Award, to jazz studies at Berklee College of Music, where she was recognized for her astounding fusion of modern and traditional styles.