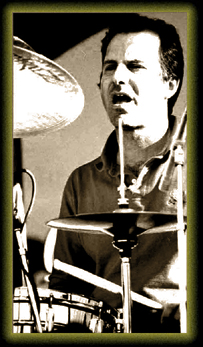 John Ferraro is truly a Master of feel and style. You’ll pick up right away that he is disciple of the “Deep LA groove”. John also has a serious “Drum Junkie” problem, with a insane collection of kits rivaled only by his collection of Hockey sticks! John is one of those rare guys that always plays the right part at the right time. He is also ingenious at figuring out how to get all those retro 60’s & 70’s drum sounds. (Kotex taped on oil-filled drum heads??!!)

John Ferraro is a groove oriented, song-supporting drummer. He’s a musician who serves the band as a whole, with a wide and expansive musical vocabulary. John’s solid technical background and flexible method allow him to accommodate any number of different styles from Jazz (mainstream and contem 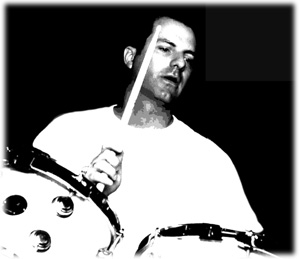 John also has an arsenal of tools for the right sound. His extensive collection of drum kits allow him to set-up, tune, mike, and provide the full range of sound and style by using a variety of different vintages, shell materials, woods, synthetics, and metals. John’s amazing talent combined with his collection of drums allows him to handle any musical situation.

Respected and admired by both teachers and players alike, John has enjoyed a busy and varied career playing and touring with some of the biggest names in the music industry.

John Ferraro has been playing drums since he was five years old. Born in Waterbury, Connecticut, to a trumpet playing father and a piano playing mother, music is in his genes as well as his soul. As a small child he was introduced to a variety of musical styles and techniques, but his early idols and 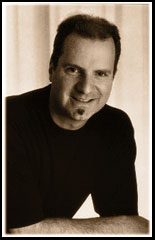 When John was eleven years old his family moved to Southern California, where he embarked on his drumming career. Throughout his junior high and high school years, he played in marching bands, participated in talent shows and numerous “battles of the bands”, he even formed a traditional Dixieland Jazz band, called Backboy Jazz.

John attended Orange Coast College and Cal State Long Beach where he majored in Business Administration and took performance classes. John was a member of the Jazz Ensemble and earned top honors as an instrumentalist. He landed his first professional gig at Disneyland for the newly opened Space Mountain attraction where he worked for four years. He also performed with a local band called Storyville for several years.

John toured domestically and internationally with Larry Carlton on and off for 18 years. He

John preformed for the 2001–2002 critically acclaimed LION KING at the Pantages Theatre in Hollywood, and has been keeping the beat for NBC’s FRAISER show for almost ten years. As a player for Promise Keeper’s Men’s Christian Ministry at live stadium worship concerts, John can be heard on their albums for the past eight years. He was also recently featured on Rod Stewart’s Standards album. John also toured with Boz Skaggs in August 2003.

John’s resume also sports a wide range of studio work. He performs as a session musician for film, television shows, and commercials. His music library credits include tracks for Bronx Zoo, ESPN, The Gambler, Star Search, Raiders Of The Lost Ark, Rolling Vengeance, The Young & The Restless, The Warriors, Acura, Budweiser, Honda, McDonalds, Miller Beer, Nissan, and many more.