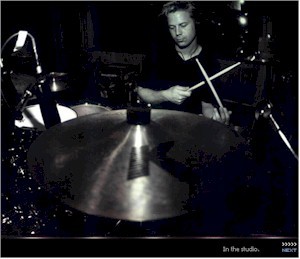 A native of San Diego California, Cliff Almond comes from a musical family. Coming from a classical background, (his mother a piano teacher, and his father a choral conductor), Cliff was started on the violin, and piano at the age of five and enrolled in the Suzuki method.

As time went on however, Cliff found himself gravitating more toward the drums. His parents finally gave in a purchased him a drum set. Soon Cliff was spending countless hours playing along with records, and practicing anything he could get his hands on.

Once Cliff reached the ninth grade his parents sent him to the School of Creative and Performing Arts in San Diego. There he began performing in Orchestras, Pit Orchestras, and Jazz Ensembles. He began to slowly progress into professional situations at a relatively young age. It wasn’t long before he was performing 3 to 5 nights a week playing Weddings, Jingles, etc. with a number of different bands in San Diego as well as Los Angeles.

At the age of 18 Cliff Attended PIT in Hollywood California, where he was able to study with such notables as Steve Houghton, Casey Scheurell, Ralph Humphrey, Joe Pocaro, and Peter Erskine. At the age of 19 Cliff began periodically teaching at PIT as a substitute. It was soon after this that Cliff was spotted by then Chick Corea Drummer Dave Weckl, at which time Weckl 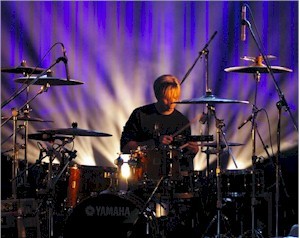 Cliff Landed the Camilo gig at the age of 21 and soon moved to New York City where he began to make a name for himself on the scene there. Cliff currently resides in New York City where he remains busy in a number of different styles and genres. For a list of artists and performers that Cliff has Performed/Recorded with, please see the Musicians page.