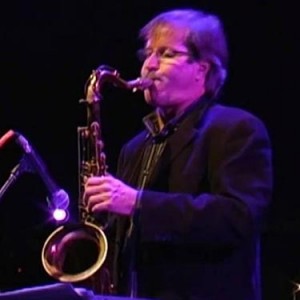 Anyone who has been involved with the Los Angeles jazz scene over the last quarter century doesn´t need to ask, but if you haven´t, you´ve been missing out and you´re in for a long overdue treat with this release of his first solo CD.

Saxophonist Chuck Manning is not new to recording-he has made dozens of appearances and collaborations with other musicians such as the Los Angeles Jazz Quartet, and his long-time collaboration with Swiss multi-instrumentalist Isla Eckinger. Chuck Manning´s new CD “Notes from the Real” “… is a great one” writes the LAWeekly. “Manning is a fine inventive tenor player.

With Joe Henderson as his baseline, he plays a gorgeous ballad, can blow some brilliant and slightly understated post-bop frenzy, and can lay out the bop lines fresh.” 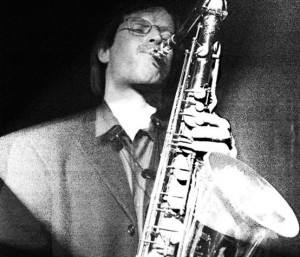 The LAWeekly writes. “When he´s leading his own quartet his horn is set so beautifully inside the understated arrangements that you can almost miss just how brilliant and even edgy his ideas can be … solos build upon wholly original ideas, and whose book is made up of tunes you don´t hear played everywhere else.” This CD captures the feel of the great quartets of the 50´s and 60´s.

It has a emotional impact that is personal yet modern and displays Manning´s cocktail of musical influences including John Coltrane, Ornette Coleman, Joe Henderson, Bobby Bradford, Sonny Rollins, North Indian Classical flautist Pannalal Ghosh; if he´s heard it and liked it, it´s likely to show up in his playing.