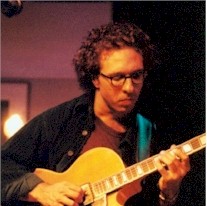 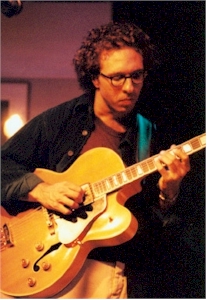 Anthony Wilson’s career in jazz began auspiciously, and as a creative artist he continues to expand and impress. Among other honors, Wilson’s first, self-titled CD received a Grammy nomination for Best Large Jazz Ensemble Recording in 1998; his second CD “Goat Hill Junket” was featured prominently on many jazz critics’ Top-Ten lists for that year; and his third CD “Adult Themes” earned a rare “5 stars” in Downbeat Magazine.

In May 2001, Groove Note Records released Wilson’s “Our Gang,” a trio recording, which has also received raves in Downbeat and other publications. A sensitive and gifted accompanist as well as a formidable soloist, Anthony Wilson has been recording and touring the world with the celebrated vocalist/pianist Diana Krall since he joined her in 2001 for her Grammy-winning CD/DVD “Live In Paris” (Verve Records). 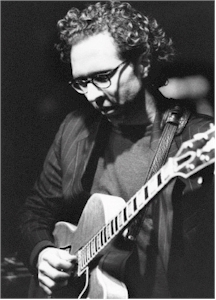 A skilled composer and arranger with a deep understanding of tradition and an equal willingness to take risks, Anthony Wilson won the Thelonious Monk International Composers’ Competition in 1995, and went on to be nominated for two Jazz Journalist’s Association Jazz Awards (for Best Debut Artist and Composition of the Year) in 1998. Numerous commissions for original works followed, such as The Gil Evans Fellowship from the International Association of Jazz Educators in 1999, resulting in the extended piece “Adult Themes”; a commission for a concert-length piece—“Tokyo Wednesday”—from the Kuumbwa Jazz Center in conjunction with the NEA in 2002; and a commission for a large-scale orchestral work (“Solstice Sequence,” featuring Larry Goldings) in 2003.

For the last five years, Anthony Wilson has consistently been chosen for top ranks among composers, Arrangers, and guitarists “Deserving Wider Recognition” in Downbeat Magazine’s annual International Critics’ Poll. Projects planned for 2005 & 2006 include recording and worldwide concert performances with the Coleman Hawkins Centennial Project (co-led by Wilson and Bennie Wallace); more live performances throughout the USA by the Anthony Wilson Nonet; a solo CD recorded in hotel rooms while on tour; and a new major label CD release featuring the Anthony Wilson Nonet and Quartet. A second CD of the Anthony Wilson Trio, “SAVIVITY,” was released on GrooveNote in September 2005.