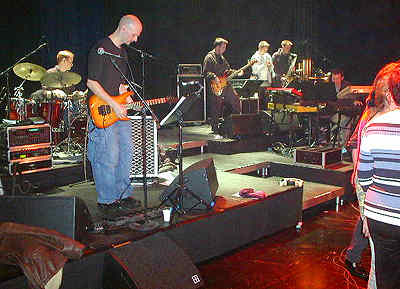 With his abillity to play virtually all styles of guitar on jingles, film tracks and Cd’s – pumping out solid rythm comp on the club scene, and sending scorching solos into the homes of a million plus Danish television viewers, it’s no wonder he plays about 250 gigs a year.

In 1981 Reiff jr. graduated from highschool, and started his musical education, at the music school in Holstebro.

In 1982 he moved to Copenhagen and started playing with the pros in Denmark.

In 1986 he was introduced to bandleader Jan Glæsel and started working in his band. This let him to play with such stars as Randy Crawford, Robert Palmer, Paul Young, Curtis Stigers and Toots Thielemanns not to mention the cream of the Danish music scene.

In 1995 he did the Danish vesion of the TV-show “Don’t forget Your Toothbrush”. 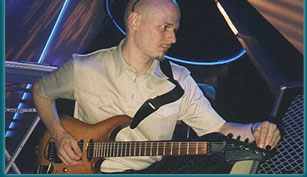 In 1996 he worked on “Safari” a live Standup TV-show (like Saturday Night Live), shown Saturday night.

Spring 1997 Reiff jr. was musical director of the TV-show “It’s Saturday Night” a show with a market share of 45%.

During 1997 junior also did all the musical arranging on the TV-show “Mandagschancen”.

1998 Reiff jr. was included in the “International Who’s Who In Music“.

For 3 seasons Reiff jr. was the musical director of the TV-show “The Big Class Reunion” which featured artists like David Sanborn, Mark King and Chaka Khan. This show had a market share of 67 % !!

During spring 2000 Reiff jr. lived in New York composing and producing. One of the songs he wrote and produced was “Who Would You Be“.

September 2001 Reiff jr. played several concerts in Malaysia and during November he toured with the outstanding keyboard player David Garfield from LA.

For the third time Reiff jr. was the musical director of the “New Year Show of ARTE”. ARTE is the biggest management-agency in Denmark – and the show featured more than 150 artists.

2003 Reiff jr released Funky Flavas – a cd with his own material. One of the songs (written while Reiff jr. lived in Italy during November and December 2002) is sung by Michael Ruff and one of the tracks features Mike Stern.

During summer and fall 2004 Reiff played again some outstanding concerts with David Garfield and his band.