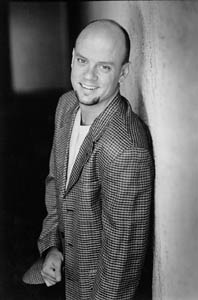 Local vocalist/instrumentalist Sean Holt is indeed a hidden gem. In a town where the music circuit is vast and the talent pool deep, Holt’s incredible voice, charisma and musical abilities have branded him as a performer of the highest caliber, destined for the top…

With a musical style that is a potent mixture of R&B, jazz, rock and world beat, Holt blazed through three smoking sets of original and choice cover tunes that were flawlessly performed by he and his backing band, comprised of some of the hottest session players in town. The instrumental and four-part vocal interplay of Holt and his band is reminiscent at times of such legendary acts as Earth, Wind and Fire, Eagles, Average White Band, Ohio Players and Bobby Caldwell. 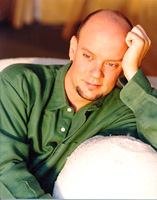 Still, Holt is unique enough in his modern sound and persona to carve his own niche. Without a doubt, Holt is one of the best vocalists on the scene today and he delivers on every song.