Mike Miller was born into a musical family in Sioux Falls, S. D. on May 8th, 1953. He started playing bass with his father’s jazz combo at age 12, becoming the third of four bass playing brothers. About the same time, he began playing guitar in a series of bands of his own making. At 15, he was accepted into the Sioux Falls Symphony playing string bass.

In 1972 he moved to Colorado, where he met and played with guitarists Robben Ford, Bill Frisell, and Larry Coryell in many varied musical situations, including playing bass with rock guitarist Tommy Bolin, opening for the Rolling Stones with ATCO recording artists “60,000,000 Buffalo,” playing with the avant-garde jazz groups “Fly and the Zippers,” and the “Orchestra of Clouds”. He also met and played extensively with guitarists Robben Ford, Larry Coryell, and Bill Frisell. In ’75, Mike hooked up with the Fowler Brothers (of Frank Zappa fame) and came to Los Angeles to record their first album, “Fly On,” produced by jazz great Oliver Nelson. 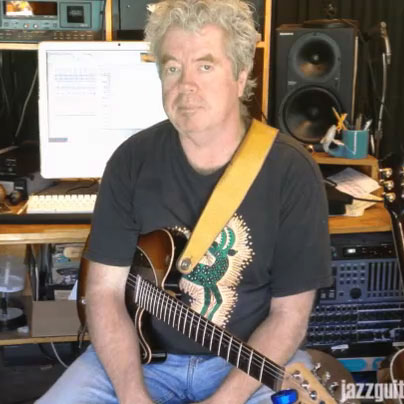 In ’81 Mike began an eleven-year stint with singer-producer Gino Vannelli and his brother Joe touring and recording five albums. Mike worked with the Yellowjackets on their 2nd album “Mirage a Trois” in ’82. Mike also contributed a composition to that album, which was nominated for a Grammy the next year. 1986 found Mike starting a new trio with Ralph Humphrey and Jim Lacefield called the Outsidemen. They recorded an album of mostly MM originals called “Band Overboard” on Terra Nova records. In ’93, Mike joined up with jazz icon Chick Corea to record the Electric Band II’s grammy nominated album “Paint the World”, which they followed with an extensive world tour.

In the beginning of ’95, Mike began a series of concerts and recordings of the late Frank Zappa music with the Zappa alumni big band, “Banned from Utopia”, performing with the Seattle Symphony, the Portland Symphony, and the Israeli Philharmonic. “Banned From Utopia” has finished a new recording, “So You Don’t Like Modern Art” which is scheduled for release in fall 2001.

He recently recorded a classical guitar concerto written by Joseph Curiale with the Royal Philharmonic Orchestra, and in June 2000 performed as guest soloist with Peter Erskine and the L.A. Philharmonic New Music Group conducted by Sir Simon Rattle for the U. S. debut performance of Mark Anthony Turnage’s jazz-tinged masterwork “Blood On The Floor” at the prestigious Ojai Festival. He has also been branching out into other musical fields, including TV, film and jingle work performed with Lily Tomlin in the film of her critically acclaimed “The Search For intelligent Life in the Universe,” and worked extensively with composer Mark Mothersbaugh (Devo) on numerous movie and TV projects.

Mike began working with Bette Midler in ’99 for her highly successful “Divine Miss Millennium” tour and at the close of that, recorded a new album for Miss M., “Bette” with producer extraordinaire Don Was. In recent years, Mike has also been collaborating with his wife, writer-performer Sandra Tsing Loh scoring a series of award-winning documentaries for KCET public television, as well as other projects including the Academy Award-winning documentary “Breathing Lessons: The Life of Mark O’Brian.”