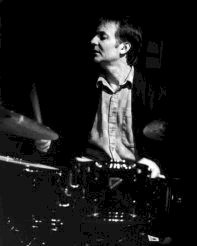 Born in Durban, South Africa, Kendall showed an interest in the drums at an early age, He pursued this Interest eventually playing and recording with most of the major South African artists, including Steve Kekana, Mike Makelemele, Alan Kwela and Izzio Gross.

In 1983, Kendall moved to Texas, and studied at North Texas State University, graduating with a degree in Jazz studies. Kendall arrived in Los Angeles in 1987 and has been playing and recording here ever since.