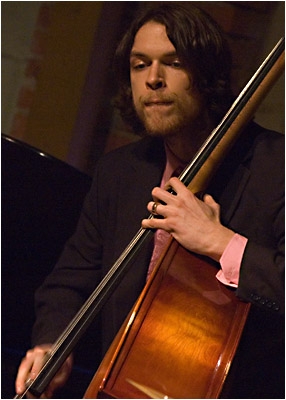 Originally born in Georgia, Herbert Hamilton Price IV grew up in Jonesboro, Arkansas. In 1998, he attended The University of Texas at Austin. While in Austin, Hamilton studied Jazz with John Fremgen and Jeff Hellmer, and classical music with David Neubert. When Hamilton graduated from UT-Austin in 2002, he moved to San Antonio, TX, where he played with Gerry Gibbs’ Thrasher Band for several years. In the spring of 2006, Hamilton moved West to Los Angeles to pursue music.

Hamilton Price lives in Historic Filipinotown, CA with his Double Bass, and a plethora of hot sauces.