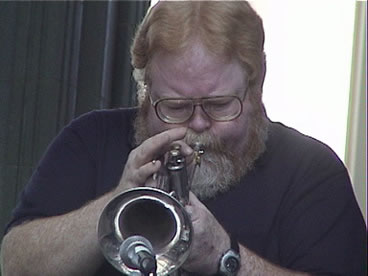 Born into a musical family in 1958, the native Californian is a third generation musician (both maternally and paternally). A Musician’s Union member since age 15, Ron studied music at Orange Coast College and Golden West College where he was the frequent recipient of “Best Soloist” awards from Jazz Festivals statewide.

Ron has also been involved with teaching Jazz Theory/Improvisation and Trumpet since 1978, both as a private instructor and in the role of clinician, drawing on his years of experience conducting seminars (at all levels) while traveling and playing with

The Woody Herman Orchestra (’84 through ’90) … first under the baton of the Maestro, Woody (3 yrs.), then under the leadership of the brilliant Frank Tiberi (3~ yrs.).
Since leaving the road in 1991, Ron teaches part-time, records, and performs in and around Los Angeles, traveling 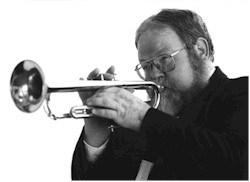 occasionally (primarily to Europe) when summoned. 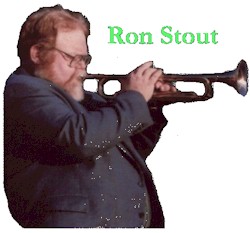 Ron spent three seasons (’93-96) traveling and recording with the legendary Horace Silver in groups ranging from the classic quintet setting to the ten piece brass ensemble. Ron’s other small group jazz work has been with: Saxophonists Karl Denson, Pepper Adams, and Supersax; Pianist Les Czimber; and some of the more unusual groups have been Poncho Sanchez, Matt Zebley’s pianoless quintet, and David Berger’s “Harlem Nutcracker Ballet”.